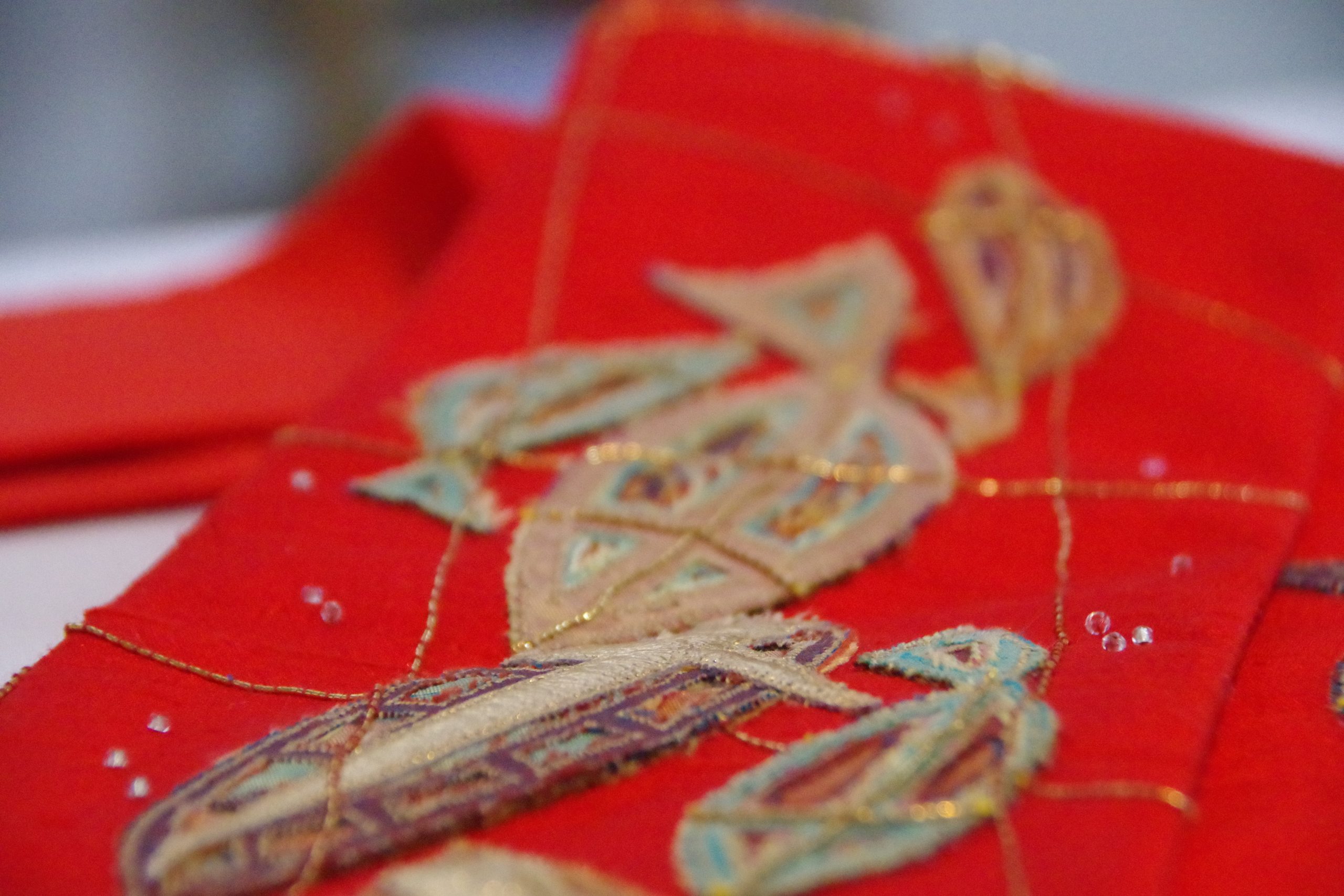 Let The Children Come To Me

Our Lady Of The Assumption

Nothing Can Separate Us

The Road Not Taken

Pour Out My Spirit

This commission was inspired by the Lutyens window in the crypt of the Metropolitan Cathedral in Liverpool. I had previously made a white chasuble and companion stole that the minister so liked that they wanted to use elements of the design again in these pieces.

They were created using the reverse applique technique of layering the silks on top of each other, stitching the lines from the reverse and then cutting away the silks to reveal the colours underneath. This enables me to create the fine points needed which would be very difficult to achieve using other methods. The centre circle is created using the goldwork technique of padded layers of felt that get increasingly bigger and then overlayed with gold kid leather to create a smoothe domed effect.

The rich purples gold and silver Dupion silks together with the geometric design add a really dynamic feel to these pieces I think.