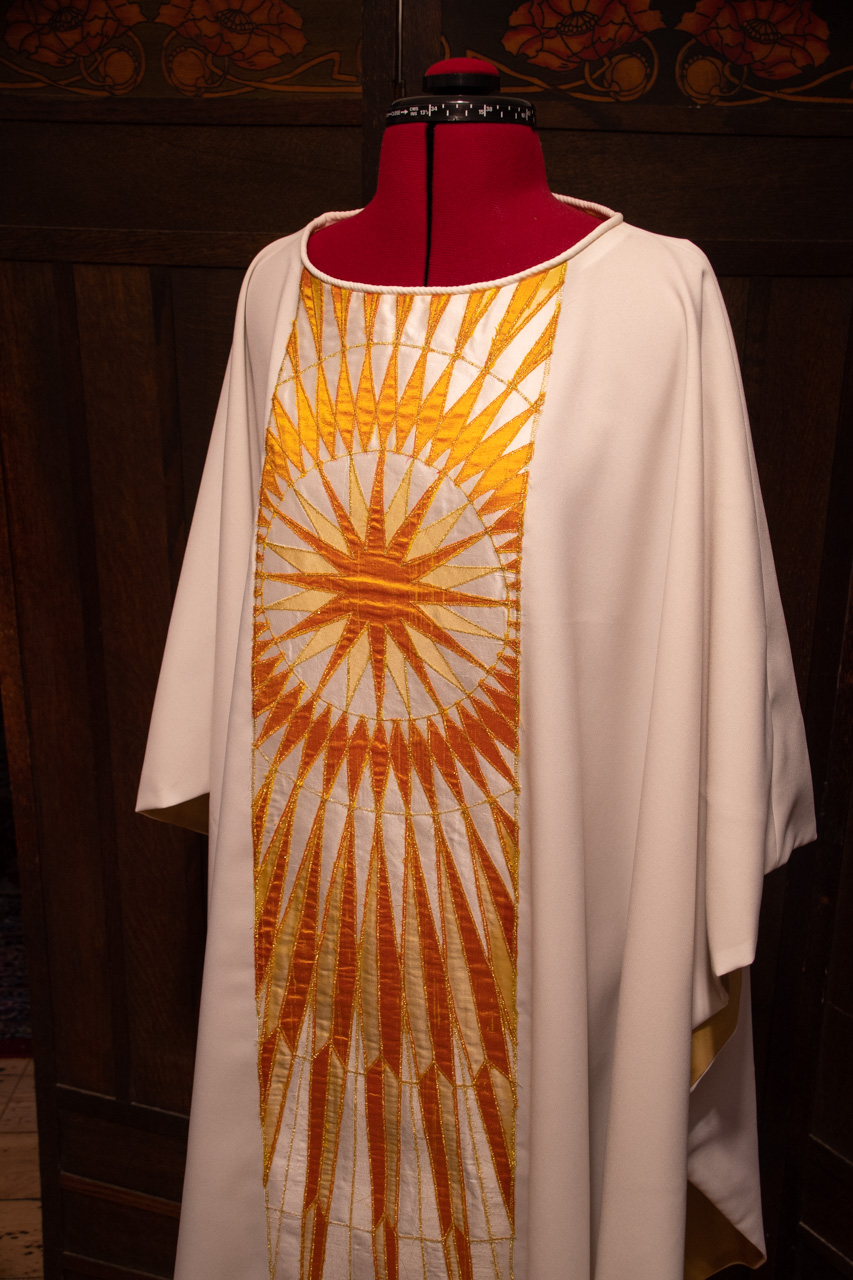 This chasuble was commissioned by my sister and the parishioners of St Peter’s, Radway in the Benefice of Edge Hill, Warwickshire. It was to be a leaving gift when she moved from Warwickshire, where she was a curate, to Wirral, where she has taken the position of Rector of St Bridget’s, West Kirby.

It has been designed to match the stole she commissioned a year or so ago, using the Lutyens window in the crypt of the Metropolitan Cathedral in Liverpool as its inspiration. This stole is also on my website ‘Lutyens Stole’.

There were a couple of challenges with this chasuble, the first being fitting the design to the orphrey. I thought, as I had already designed it for the stole this would be relatively easy. Unfortunately not, as the design had to be shortened & narrowed and I have to admit to seeking some help from someone with a more mathematical/logical brain than myself !

The second, was that one of the silks I had used was no longer available from my usual source. Eventually I managed to track down some in India, which turned out to be a really close match.

The orphrey was stitched to an off white polyester fabric and lined in gold. Which I think sets off the design really well.

I was honored to be able to attend my sisters Christmas day service when it was worn for the first time.