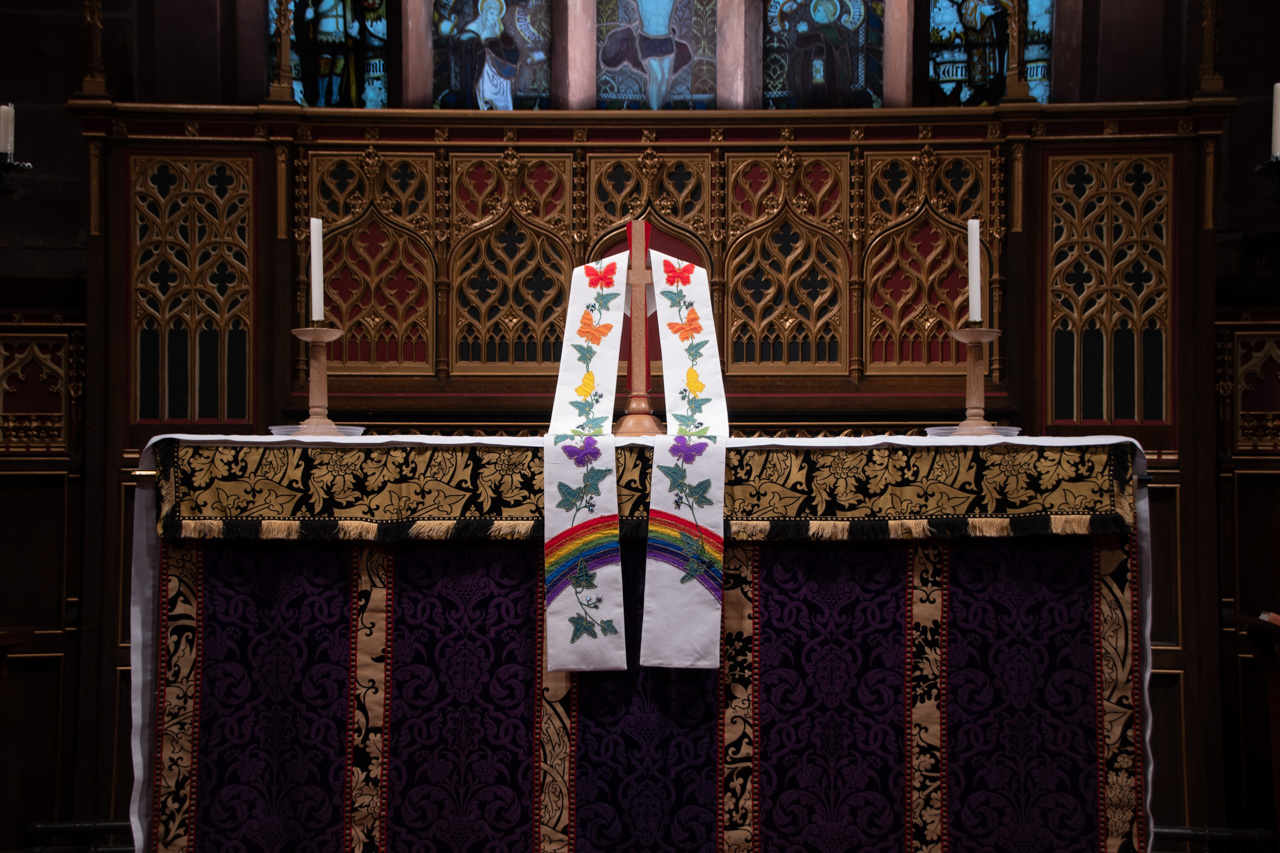 I was sent a photo of mum wearing the original and after a discussion it was agreed that it would be better to re-imagine the original than to try to copy it. Once this was decided I was asked was it possible to keep the butterflies and rainbow but could I include some ivy, as Grandma’s name was Ivy.

The design is stitched on white silk and has the motifs machine appliqued. The stems of the ivy are hand couched 3ply twist. The flowers on the ivy are embellished with some antique beads reclaimed from a lampshade I found in France years ago.

The photos you see are how it turned out. Hope you like it.