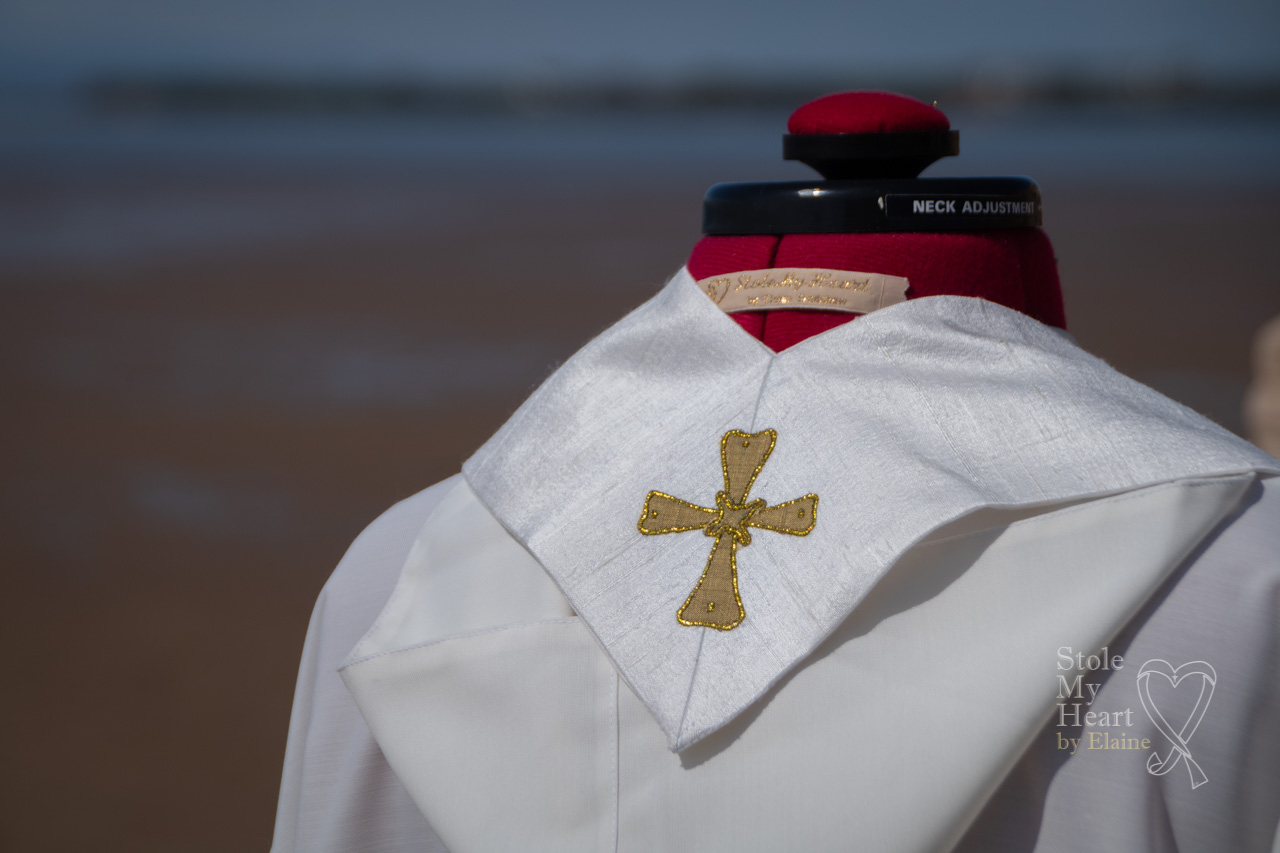 This commission was for a white Ordination stole. My client initially had no definite idea what they would like on their stole, so we talked about their spiritual journey and places that were important to them. The two that resonated most were Broadstairs, particularly the harbour, where they grew up and St Alban the Martyr in Holborn.

After researching Broadstairs and its harbour for inspiration, I looked at an aerial view of the coastline and a germ of an idea came from there. With the connection to the sea, we decided to incorporate the theme of ‘fishers of men’ into the design. It was important to me that my client could recognise the shape of the harbour particularly and the Lido out in the sea. The connection to St Alban’s can be seen on the back neck seam, this cross comes from the metal cross on the gates of the church in Holborn.

This stole was worked in silk Dupion with gold metallic machine embroidery.