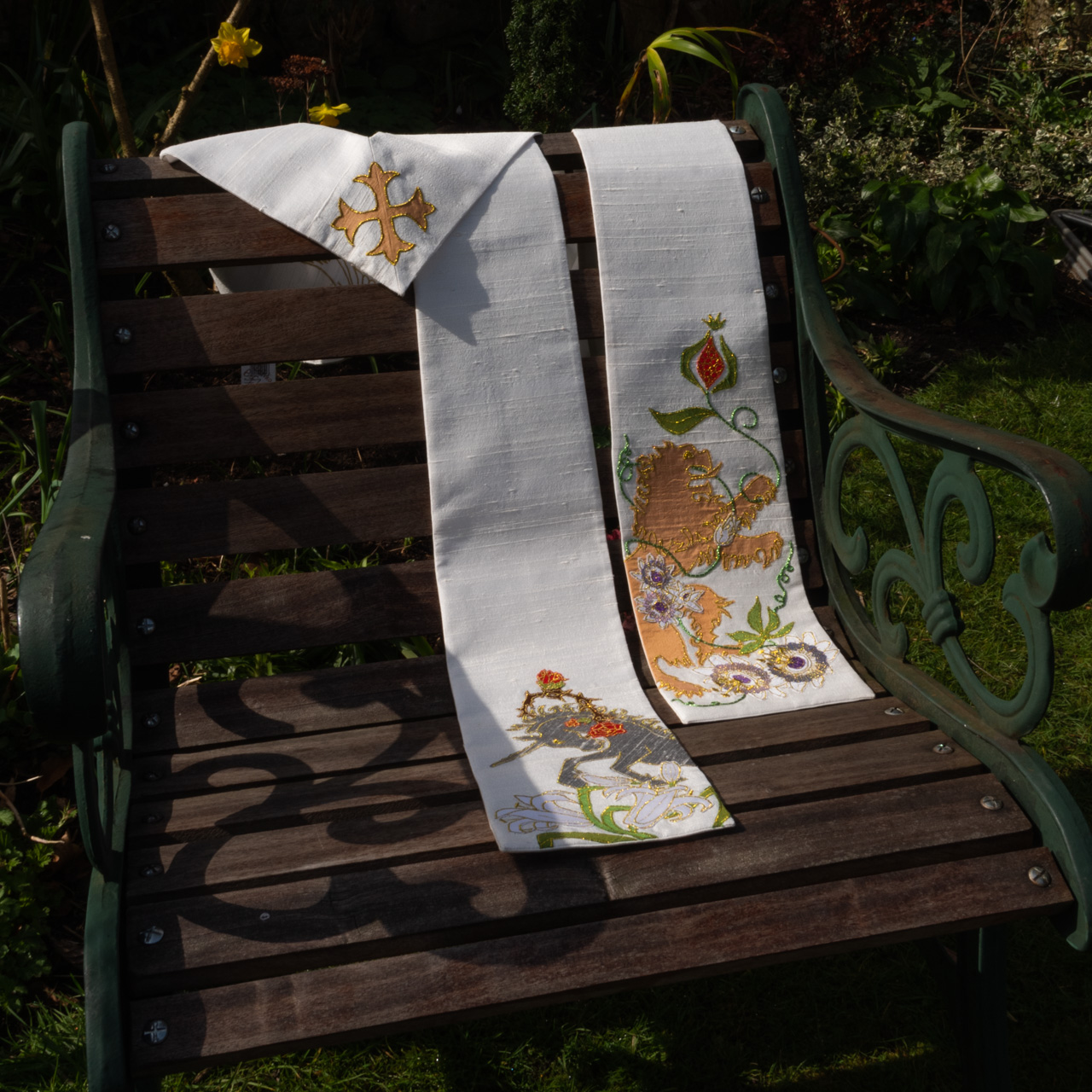 It was important to this commission that it had a strong heraldic feel. I was asked to include a lion rampant, entwined in passion flowers, holding a pomegranate that is split open showing its seeds. A unicorn with head bowed and knee bent towards the lion, with a crown of thorns bearing red roses, standing on a bed of Madonna lilies. The unicorn apparently is an old symbol of the incarnate Christ but also, as this stole will be used for weddings and christenings it would also have some ‘child appeal’ An eagle holding a grape vine, the client had spent some time living in Africa and wanted the eagle to be based on the African Fish eagle and a dove carrying an olive branch. Each image has a special meaning to the client either for it’s religious or family significance.

The longest process of creating any new item is nearly always the design, getting it right for the client and this stole was no exception. Each element had such a strong significance it was important to get it right, so the design went back and forwards quite a few times until I had captured the feel the client desired.

I have used a number of techniques in this stole, there are elements of machine applique, free machine embroidery and hand couched threads, which add another dimension to the design.